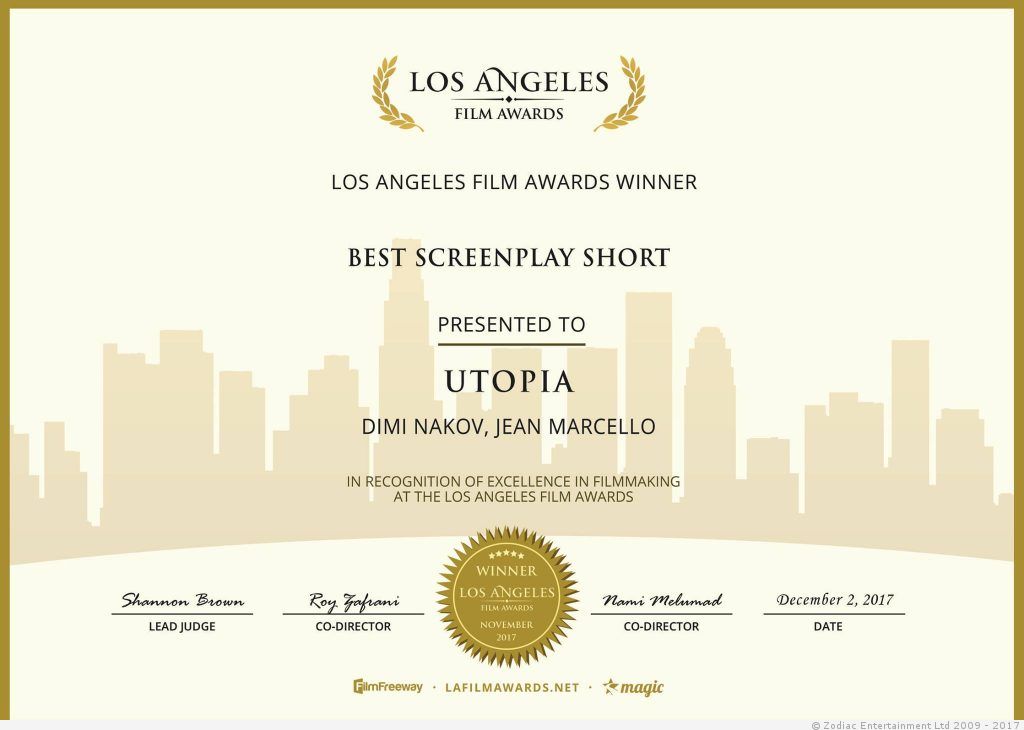 Thank You to LA Film Awards​ 2017 Team awarding “UTOPIA” with BEST SCREENPLAY (Short) – written by Jean Marcello & Dimi Nakov. We have been working for a while on several screenplays, that are now circulating a selected screenplay competitions/contests and fests and we are also hard at work in the development of few other projects, so stay tuned. – https://www.lafilmawards.net/november-2017

It is a humbling and motivating experience for us to have both our sci-fi screenplays (UTOPIA & RECTIFIED) as WINNERS at (#LAFA2017) Los Angeles Film Awards 2017.

Also, Huge Thank You to Marla J. Hayes, Screenwriter​ for the support and advice as a Script Consultant for #UTOPIA.

Los Angeles Film Awards (LAFA) is a monthly, IMDb qualifying monthly film competition for filmmakers worldwide.
LAFA’s mission is to promote films and be another step up in the filmmakers’ careers. Each month, LAFA’s Jury will award the best films through private screenings, and make a special interview with the winner of the Best Film of the Month award. 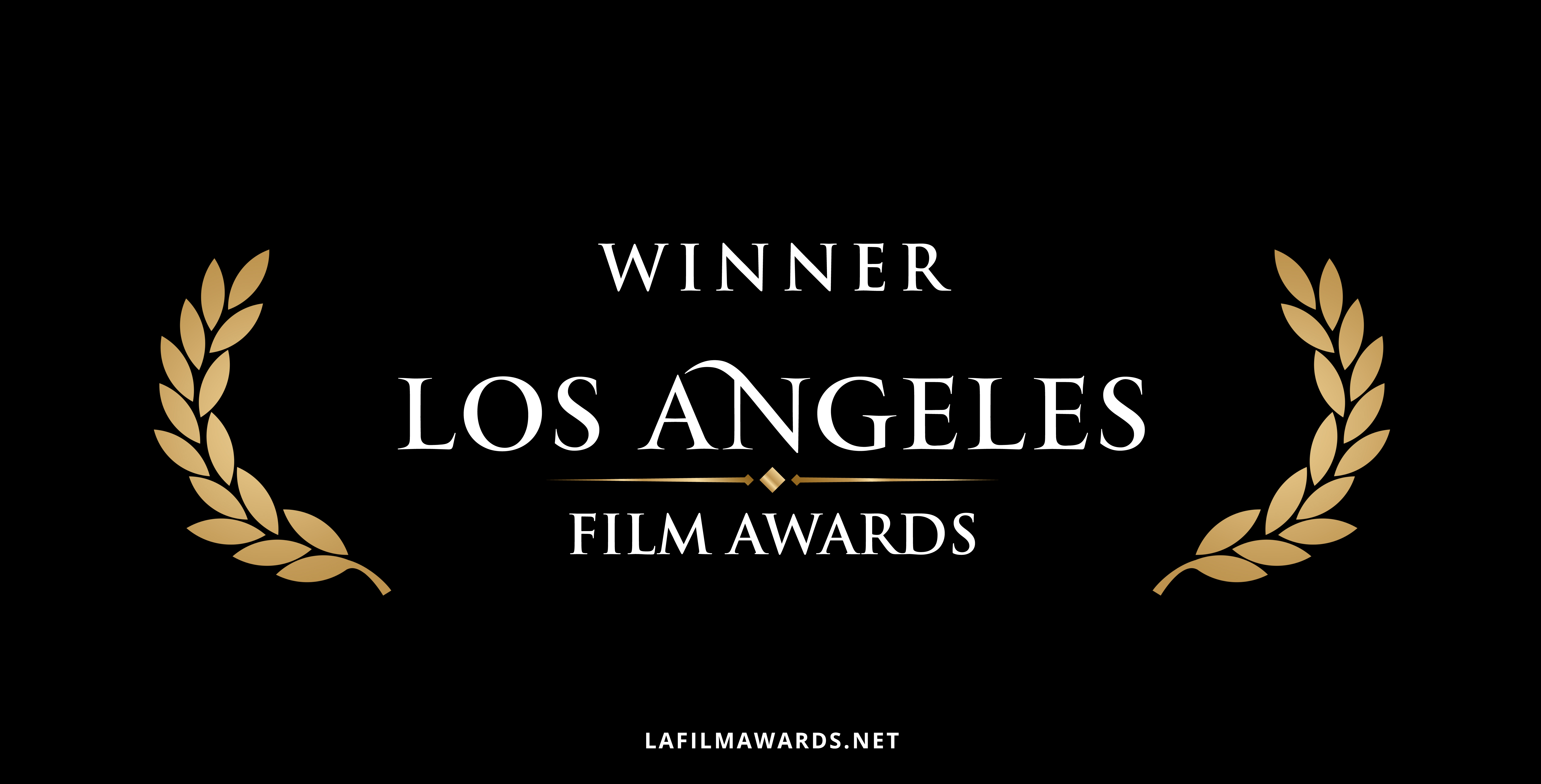 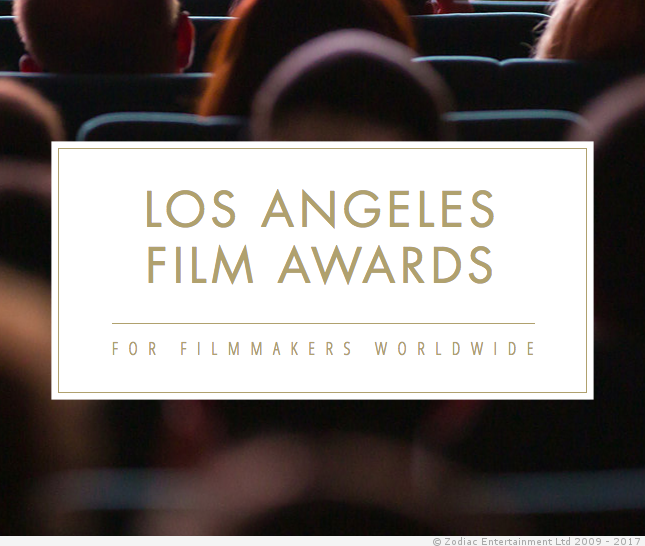